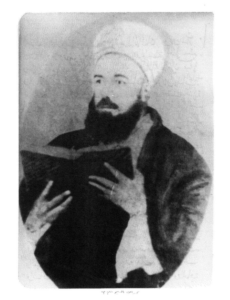 Muhammad ‘Ala’ al-Din ‘Abidin, son of al-Sayyid Muhammad Amin, author of the gloss (hashiya) — may Allah Most High have mercy on them both — the honourable sayyid, the great Hanafi jurist and scholar, was born in Damascus on the 3rd Rabi‘ al-Thani (1244 AH).

He mastered how to recite the Qur’an and then received his initial training in law (fiqh) from Shaykh Hashim al-Taji, the brilliant student of his father. He studied traditions (ahadith) with Shaykh ‘Abd al-Rahman al-Kuzburi, and he also studied with his father, al-Sayyid Muhammad Amin, and received a handwritten license (ijaza) to transmit from him. Similarly, he took from Shaykh Sa‘id al-Halabi, Shaykh Hasan al-Baytar, Shaykh ‘Abd al-Rahman al-Tibi, Shaykh Hasan al-Shatti, Shaykh Hamid al-‘Attar, all from Syria. From Egypt, he took form Shaykh Ibrahim al-Bajuri, the Shaykh al-Azhar of his time, Shaykh ‘Illish, Shaykh Ibrahim al-Saqa, Shaykh al-Muballit and Shaykh al-Mansuri. And he also took from Shaykh Jamal al-Mirghani, Shaykh Muhammad al-Katbi, Shaykh Dahlan, the mufti of the Shafi‘is in Makka, and Shaykh Yusuf al-Ghazzi.

Whilst young and seated in the alcove of a bay window of the Umayyad Mosque, he heard the six books of traditions from Shaykh Sa‘id al-Halabi and received a license from him. He took the Khalwati spiritual order from the spiritual pole (qutub) of his time, Shaykh Muhammad al-Mahdi al-Saklawi al-Zawawi al-Maghribi; he was later given an ijaza in the path verbally and in writing, becoming thereby the Shaykh’s deputy in the spiritual order, and thus receiving full permission to take spiritual disciples and to guide them how to remembrance Allah Most High. The same Shaykh instructed him to take up a position in the Ottoman judicial structures to which he duly complied and held a variety of posts, including becoming head of the judiciary in Tarabulus, and holding the central fatwa post in Damascus during the time of Shaykh Amin al-Jundi. 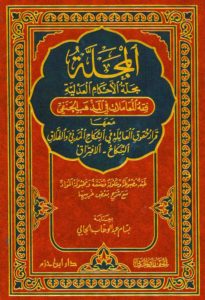 Whilst in Damascus, he also wrote the completion to his father’s gloss and then had it sent to Istanbul for publication. It was later republished in Cairo under the name, Qurrat ‘Uyun al-Akhyar bi Takmilat Radd al-Muhtar ‘ala al-Durr al-Mukhtar. He was awarded the highest Ottoman medallion for his work, and he even travelled to Istanbul after being selected as a committee member for the composition of Majalla al-Ahkam al-‘Adliyya, the Ottoman courts manual. The final post he held was the deputy head of the majlis ma‘ arif wilayat suriyya. He performed the hajj pilgrimage four times in total during his lifetime. At the end of his life, he fell sick and left this world on Monday Shawwal 11th (1306 AH) in Damascus and they prayed his funeral prayer in the Umayyad Mosque. He was laid to rest in the Bab al-Saghir cemetery besides his father and grandfather, and ‘Ala’ al-Din al-Haskafi, the jurist he was named after.

A great number of scholars mourned his death and the famous poet, Shaykh Muhammad al-Hilali, penned some lines of poetry in remembrance of him which were inscribed onto his gravestone. In sum, he — may Allah Most High have mercy on him — was an accomplished scholar, a jurist, a Godfearing saint who was positively inclined towards the words and way of the imams of the spiritual path. Many scholars who were his contemporaries wrote obituaries of him, as did those after them, and they were full of praise for him. 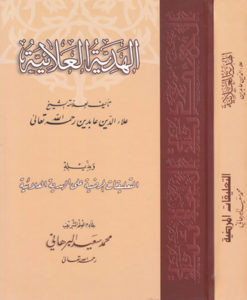 From amongst his many works are:

(1) The completion to his father’s gloss, Radd al-Muhtar, titled: Qurrat ‘Uyun al-Akhyar. This was published in Istanbul and Cairo in two volumes.

(6) Mi‘raj al-Najah Sharh Nur al-Idah, of which there is one volume of an incomplete copy in the author’s handwriting in the Zahiriyya Library in Damascus.

May Allah Most High shower His tremendous mercy upon him and allow us to benefit from his works!

Q&A: Is there any recommended sunna prayer to perform during a plague or at a time of widespread disease?

This website uses cookies to improve your experience while you navigate through the website. Out of these cookies, the cookies that are categorized as necessary are stored on your browser as they are essential for the working of basic functionalities of the website. We also use third-party cookies that help us analyze and understand how you use this website. These cookies will be stored in your browser only with your consent. You also have the option to opt-out of these cookies. But opting out of some of these cookies may have an effect on your browsing experience.
Necessary Always Enabled
Necessary cookies are absolutely essential for the website to function properly. This category only includes cookies that ensures basic functionalities and security features of the website. These cookies do not store any personal information.
Non-necessary
Any cookies that may not be particularly necessary for the website to function and is used specifically to collect user personal data via analytics, ads, other embedded contents are termed as non-necessary cookies. It is mandatory to procure user consent prior to running these cookies on your website.
SAVE & ACCEPT